Silent Came the Monster is a July selection of an 800-chapter book club Starting the New Year with Two New Editions of HAVING OUR SAY New Ebook and Audio Editions of HAVING OUR SAY coming January 3! New Book Coming in Spring 2023 ! A Sweet Remembrance Watch Ruby Dee, Diahann Carroll, Amy Madigan, Audra McDonald, and more in 'HAVING OUR SAY' It's not too late for signed book plates! ALA Says These Are the Top Ten Banned Books New Book Deal to be Announced Soon This Saturday: Special Events at Locally-Owned Bookstores Across the U.S. How to Show Support for Authors Cultivating Resilience during Hard Times Grief in the Time of Covid-19 'Streetcar to Justice' Wins Septima Clark Book Award The Lazy Days of Summer: Where Did They Go? Another Honor for 'Streeetcar to Justice' Librarians Choose 'Streetcar to Justice' as Notable Book New Mo Rocca/CBS podcast series to include interview of yours truly Each Book is a Leap of Faith Middle-Grade Readers Captivated by the 'Yuck" Factor Where Does Prejudice Come From? Story of Elizabeth Jennings in "Streetcar to Justice" Is a Shock to Many New Book on Elizabeth Jennings, “Streetcar to Justice” Tells Her Full Story for the First Time My New Book, "Streetcar to Justice," Inspired by Delany Sisters Publication Day for "Streetcar to Justice" Is Today! New Book Video for "Streetcar to Justice" How an Old, Abandoned House Led Me to My New Book Topic "Streetcar to Justice" Has a Promising, Early Start Finding Room in My Heart New book announcement!! On Memorial Day, a World War Two Dad’s Legacy: Never Take a Day for Granted Earth Day 2017: Look to Your Elders "Miss Dreamsville" to be Translated to Hungarian this Spring Because You Never Know “Freedom! Freedom! I Am Free!” My Word of the Year for 2017 Saying Goodbye to a Dearly-Loved Father through Storytelling and Song What Holocaust Survivors Can Tell Us About the Use of Language New Nonfiction Project to be Announced Soon! How to Show Support for Your Favorite Authors Great news about 'Miss Dreamsville and the Lost Heiress' Speech and Book-signing in Red Bank, New Jersey on May 12 A signed book makes a perfect Mother's Day gift When It Comes to the Creative Use of Language, Southerners Steal the Show Naples, Punta Gorda Appearances in February Signed Books for Christmas! Upcoming Book Events in St. Petersburg, Punta Gorda, and Marco Island, Florida! New "Miss Dreamsville" Off to a Fabulous Start! Publication Day for Miss Dreamsville and the Lost Heiress of Collier County! Great Review from the American Library Association! Goodreads Galley Giveaway Contest! Large Print Edition of New Novel to be Published Next Year Univ. of Georgia Press publishes my article on the Delany Sisters Reader's Digest Chooses New 'DREAMSVILLE' for Book of Month Planning Begins for New Book Tour!

How an Old, Abandoned House Led Me to My New Book Topic 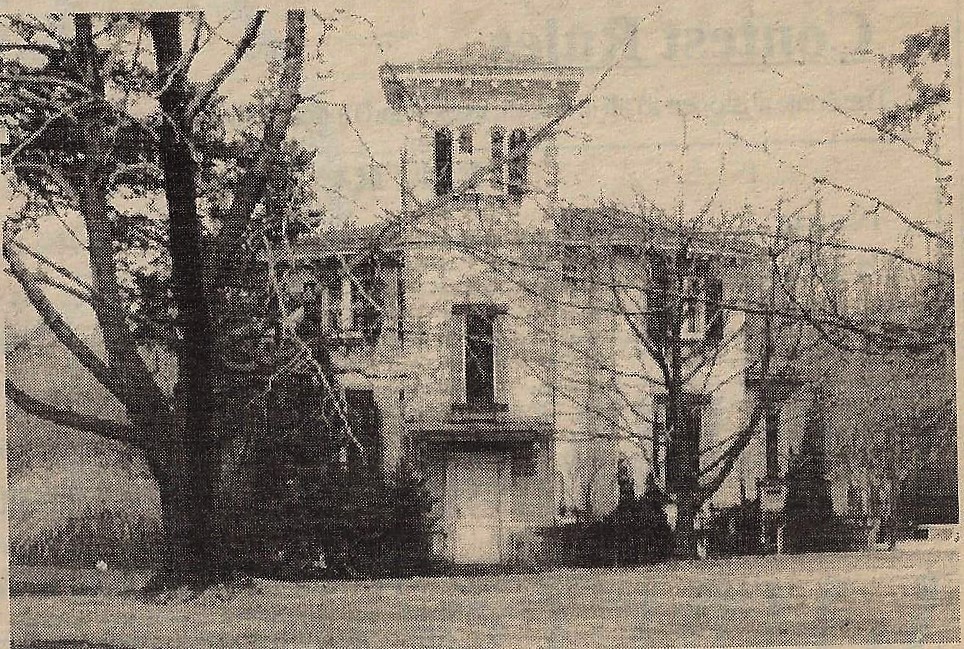 Every book has a “back story,” or the-story-behind-the-story of how the book came about.

My new book, Streetcar to Justice, has an especially good one. I learned of the topic thanks to an old, abandoned Victorian house.

From 1987 to 1996 my husband and I lived in Ossining, New York, a village on the Hudson River about an hour north of Manhattan. There was a house in our neighborhood that was covered with vines and partially boarded up. The house was perched high on a hill and must have had beautiful views of the Hudson River.

I suppose some people would walk right past a decrepit old house and dismiss it as an eyesore, if they paid much attention at all. I’m a nosy journalist, however, which means I pretty much notice everything. Not only that, but I’m fascinated by history.

Imagine my delight when I learned that the house was the summer home of a New York lawyer named Chester A. Arthur. If his name sounds familiar it’s because he was the twenty-first president of the United States.

I didn’t know much about Chester A. Arthur. I hadn’t even known he was a lawyer. Because I can never leave a good story alone, however, I did some additional research. That’s when I learned that he’d had a special interest in equal rights for blacks. Among his cases was one called Elizabeth Jennings v. Third Avenue Railroad Company which went to court in 1855.

Digging deeper, I learned that Elizabeth Jennings was a black schoolteacher who had been thrown off a Manhattan streetcar because of the color of her skin. She sued, with Chester A. Arthur – just 24 years old – as her attorney, and she won. Her victory was the first major breakthrough in ending discriminatory practices in public transportation in New York City. It’s a riveting story but, sadly, it’s been mostly forgotten by time.

I found myself obsessed. Researching Elizabeth Jennings, Chester A. Arthur, and the 1850s in New York became my hobby of sorts for years. It evolved into a book project –my tenth – a year ago when I wrote a proposal and my literary agent sold it to Greenwillow Books, an imprint of HarperCollins. This is my first book for middle-grade (and up) readers, the perfect audience, I believe, for the topic.

And so, more than 160 years late, Elizabeth Jennings will finally get her due in the form of a book that includes archival photos, sidebars, timelines, and copies of stories from long-defunct newspapers. And to think that it started when a nosy reporter couldn’t resist finding out about an abandoned old house.

Streetcar to Justice: How Elizabeth Jennings Won the Right to Ride in New York will be published January 2. You can pre-order it now from your local independent bookstore or from an online store such as Amazon.com