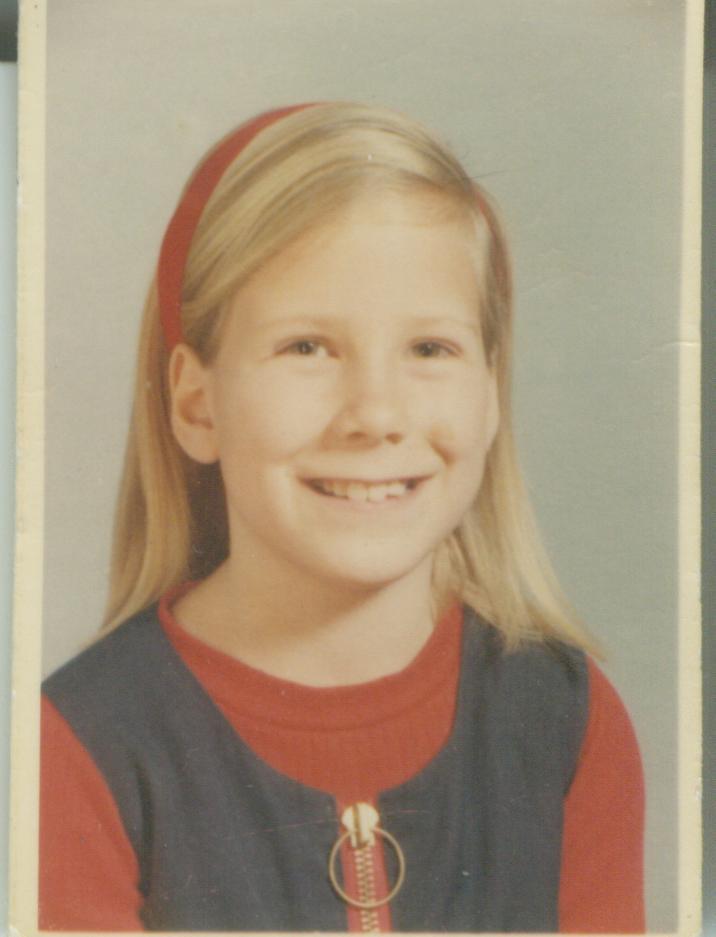 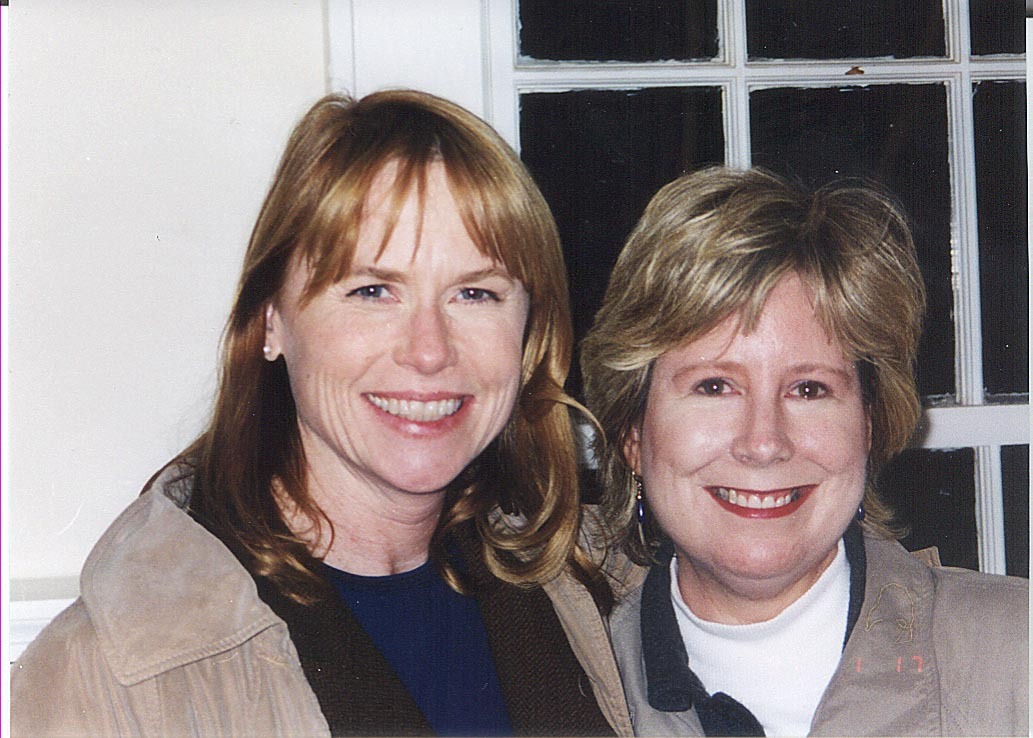 Compiled from sources including The New York Times, Contemporary Authors, and Broadway World

Amy Hill Hearth (pronounced "HARTH") is an American nonfiction author, novelist, and journalist whose work focuses on forgotten or overlooked voices and extraordinary stories from the past. Her first book was the groundbreaking work of oral history, Having Our Say: The Delany Sisters' First 100 Years, a New York Times bestseller for 117 weeks. The book was adapted for Broadway and for an award-winning telefilm. Since the publication of Having Our Say in 1993, Ms. Hearth has written nine books, both fiction and nonfiction. Her work has been published in ten languages and has won multiple awards, including a Peabody Award, a Septima Clark Book Award from the National Council for the Social Studies, and two "Notable Book" citations from the American Library Association. She is a New York Times, Washington Post, USA Today, and Publisher's Weekly bestselling author. Her eleventh book and first historical thriller, Silent Came the Monster: A Novel of the 1916 Jersey Shore Shark Attacks, will be published on May 16, 2023.

Amy Hill Hearth (pronounced "HARTH") is an American nonfiction author, novelist, and former journalist whose work focuses on forgotten or overlooked voices and extraordinary stories from the past.

Her awards include a Peabody Award, the inaugural Septima Clark "Women in Literature" Book Award from the National Council for the Social Studies, and a Christopher Award. Two of her books have been selected by the American Library Association for that organization's annual "Notable Books" list.

In addition to being a New York Times bestselling author, Amy is a Washington Post, USA Today, Publisher's Weekly, Wall Street Journal, and Los Angeles Times bestselling author. Her books have been published in ten languages including English, German, French, Spanish, Portuguese, Japanese, Czech, Finnish, and Hungarian. She is the author or co-author of ten books.

Her newest project is a historical thriller, Silent Came the Monster: A Novel of the 1916 Jersey Shore Shark Attacks, to be published in May 2023.

Amy is perhaps best known as the reporter who, in 1991, located a then-unknown pair of centenarian sisters, wrote a newspaper story about them for The New York Times, and then went on to write the beloved oral history, Having Our Say: The Delany Sisters' first 100 Years, a runaway bestseller, Broadway play, and film.

The Delany sisters were the daughters of a man born into slavery in the American South. Both were groundbreaking career women. Amy interviewed the sisters at their home for almost two years to gather the material and write Having Our Say. The book became a New York Times bestseller for 117 weeks, first in hardcover and then paperback.

Amy's books have been published by Simon & Schuster, Random House, HarperCollins, Doubleday, and Kodansha, among others. She has been represented by William Morris Agency (now William Morris Endeavor Entertainment) since 1991.

She is the coauthor of the 2008 book, Know Your Power: A Message to America's Daughters by Speaker Nancy Pelosi, the first female speaker of the U.S. House of Representatives.

In addition to eight works of nonfiction, Amy is the author of two works of fiction set in the early 1960s in Naples, Florida, then a sleepy Southern backwater. Known as "the Miss Dreamsville novels," the books have been categorized as both humor and social commentary. Both novels concern the challenges faced by a middle-aged wife and mother of three from Boston who relocates with her family to the small town and encounters difficulty finding acceptance.

Her work also includes Streetcar to Justice, the first biography of Elizabeth Jennings (Graham), an early Civil Rights activist in New York City. Amy had been researching the topic as a hobby for decades. The book, published in 2018, won the inaugural Septima Clark Book Award from the National Council for the Social Studies.

Amy's professional credits include consultant and advisor to the producers of the Broadway play adaptation of Having Our Say, which earned three Tony Award nominations including Best Play. The play enjoyed a very successful run, with 317 performances (source: Broadway World) at Broadway's famed Booth Theater beginning in April 1995.

Amy also is credited as consultant and advisor to the producers of the film adaptation of Having Our Say in 1999. Amy's role was performed by the actress Amy Madigan. For her work on the telefilm adaptation, Amy received a Peabody Award, as did the producers and director.

Amy heard about the mysterious Delany Sisters in 1991 and eventually tracked them down. The interview almost didn't happen, as Amy told The New York Times in a story published April 2, 1995: "They didn't think they were important enough to be in The New York Times. I had to convince them and gave this little impromptu speech - that I thought it was very important that people from their generation be represented, especially Black women who hadn't had much opportunity. I guess my enthusiasm rubbed off."

A book publisher read Amy's newspaper story and asked if she would be interested in writing a full-length book. Having Our Say, published in 1993, was the result.

The sisters loved to tell visitors that they had been "discovered" by Amy and that it was quite an exciting surprise to become famous at the ages of 100 and 102. They often said that meeting Amy had given them a renewed sense of purpose. The three women became close friends.

Amy has noted that she always had a special interest in older people and their stories. Her paternal grandmother, with whom she lived during her senior year of college, lived to age 101.

Amy became fascinated by American history early in life when she learned that her paternal ancestors had fought for independence during the American Revolution. Her father's ancestry also includes members of the Lenni-Lenape/Delaware tribe. In 2010, Amy was given the name "Smiling Songbird Woman" by the Nanticoke Lenni-Lenape Tribal Nation in a ceremony in honor of the oral history she wrote about their tribal matriarch, "Strong Medicine" Speaks: A Native American Elder Has Her Say.

Amy's mother was a first-generation American whose family arrived at Ellis Island in 1921. Amy's mother was the first person in her family to attend college, earning a B.S. in math/physics in 1947 from Barnard College. During WW II, Amy's mother participated in the war effort by making timing mechanisms for bombs at a converted Bulova watch factory, as well as some clandestine activities which she kept secret for the rest of her life.

Amy's father was a U.S. Army veteran of WW II who graduated from Cornell University with an electrical engineering degree. Amy's parents met at a Methodist young fellowship group in Pittsfield, Mass., where they both worked for General Electric.

"Both of my parents were brilliant math-science people yet I became a writer," Amy has said. "I didn't follow in anyone's footsteps. I didn't have any connections or contacts. My parents encouraged me to create my own path." But she added: "I received an abundance of love and encouragement which certainly helped me to be resilient and grow within an extremely competitive field."

Born in Pittsfield on April 10, 1958, Amy is the youngest of four children. The family moved to Schenectady, N.Y. in 1960 and then, when Amy was in first grade, to Columbia, South Carolina. The nearly six years the family lived in South Carolina, from 1965 to 1970, coincided with the peak years of the Civil Rights Movement and had a profound impact on Amy. "I was born with a very strong sense of justice and I was a keen observer of the world around me, even at age 6," she said in an interview. The family returned north, living in Westchester County, N.Y., in 1970 and then back to Pittsfield, Mass. where Amy graduated high school in 1976. She attended the University of Massachusetts at Amherst, majoring in Sociology, then transferred to the University of Tampa, Fla. where she earned a B.A. in Writing/English in 1982. She was editor of her college newspaper, which, during her tenure, was given an award of excellence by Columbia University School of Journalism. Her first professional job was at The Berkshire Eagle in Pittsfield, Mass. where she worked for the late Milton Bass as assistant arts and entertainment editor. Later, she was a news reporter at the Daytona Beach, Fla. News-Journal where she had a column on health and social services. After marrying and relocating to the New York area, she was a reporter under contract at The New York Times from 1988-1992.

Amy lives at the Jersey Shore with her husband, Blair. The couple met in 1983 when Amy interviewed Blair for a newspaper story. Amy likes to joke, "All I wanted was a good quote for my story and I ended up with a husband. I'm still not sure how that happened!"

Writer for a major nonprofit organization, anonymously and as needed.

Founding Trustee, Board of Directors, New Jersey Center for the Book/Library of Congress, 2002-2003

Credits (other than published books)

Advisor/Consultant to the Producers, theatrical adaptation of Having Our Say, 1994-1995

Advisor/Consultant to the Producers, film adaptation of Having Our Say, 1999

PRINT MAGAZINE CREDITS INCLUDE THE FOLLOWING:

WEB CREDITS INCLUDE THE FOLLOWING:

"Having Their Say: Strong Voices from the Marginalized Majority," NWSAction, the online magazine of the National Women's Studies Association

PROFESSIONAL PUBLICATIONS INCLUDE THE FOLLOWING:

"You Only Need One," ASJA Monthly, newsletter of the American Society of Journalists & Authors, January 2003