New Ebook and Audio Editions of HAVING OUR SAY coming January 3! New Book Coming in Spring 2023 ! A Sweet Remembrance Watch Ruby Dee, Diahann Carroll, Amy Madigan, Audra McDonald, and more in 'HAVING OUR SAY' It's not too late for signed book plates! ALA Says These Are the Top Ten Banned Books New Book Deal to be Announced Soon This Saturday: Special Events at Locally-Owned Bookstores Across the U.S. How to Show Support for Authors Cultivating Resilience during Hard Times Grief in the Time of Covid-19 'Streetcar to Justice' Wins Septima Clark Book Award The Lazy Days of Summer: Where Did They Go? Another Honor for 'Streeetcar to Justice' Librarians Choose 'Streetcar to Justice' as Notable Book New Mo Rocca/CBS podcast series to include interview of yours truly Each Book is a Leap of Faith Middle-Grade Readers Captivated by the 'Yuck" Factor Where Does Prejudice Come From? Story of Elizabeth Jennings in "Streetcar to Justice" Is a Shock to Many New Book on Elizabeth Jennings, “Streetcar to Justice” Tells Her Full Story for the First Time My New Book, "Streetcar to Justice," Inspired by Delany Sisters Publication Day for "Streetcar to Justice" Is Today! New Book Video for "Streetcar to Justice" How an Old, Abandoned House Led Me to My New Book Topic "Streetcar to Justice" Has a Promising, Early Start Finding Room in My Heart New book announcement!! On Memorial Day, a World War Two Dad’s Legacy: Never Take a Day for Granted Earth Day 2017: Look to Your Elders "Miss Dreamsville" to be Translated to Hungarian this Spring Because You Never Know “Freedom! Freedom! I Am Free!” My Word of the Year for 2017 Saying Goodbye to a Dearly-Loved Father through Storytelling and Song What Holocaust Survivors Can Tell Us About the Use of Language New Nonfiction Project to be Announced Soon! How to Show Support for Your Favorite Authors Great news about 'Miss Dreamsville and the Lost Heiress' Speech and Book-signing in Red Bank, New Jersey on May 12 A signed book makes a perfect Mother's Day gift When It Comes to the Creative Use of Language, Southerners Steal the Show Naples, Punta Gorda Appearances in February Signed Books for Christmas! Upcoming Book Events in St. Petersburg, Punta Gorda, and Marco Island, Florida! New "Miss Dreamsville" Off to a Fabulous Start! Publication Day for Miss Dreamsville and the Lost Heiress of Collier County! Great Review from the American Library Association! Goodreads Galley Giveaway Contest! Large Print Edition of New Novel to be Published Next Year Univ. of Georgia Press publishes my article on the Delany Sisters Reader's Digest Chooses New 'DREAMSVILLE' for Book of Month Planning Begins for New Book Tour! 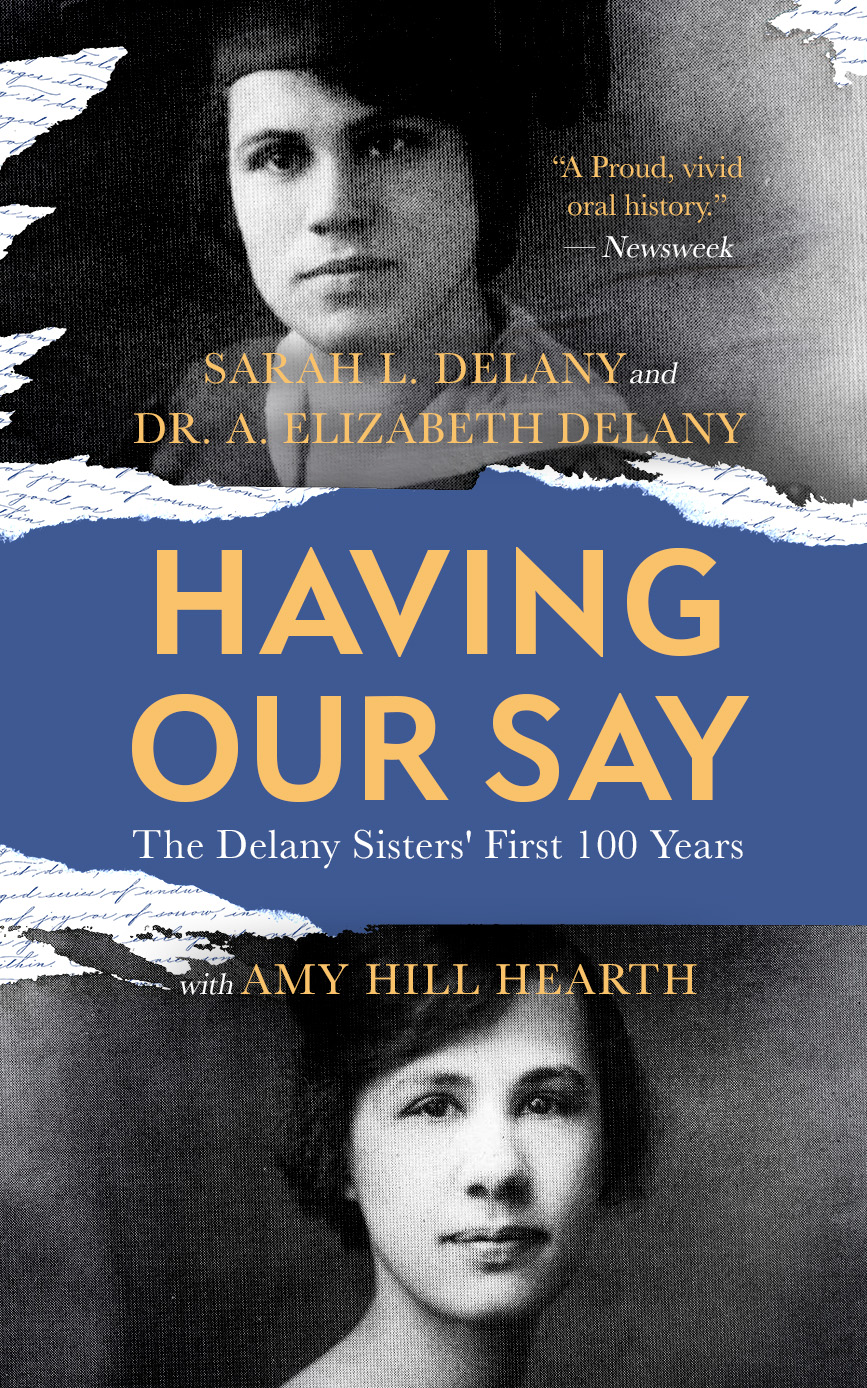 I'm delighted to announce that Having Our Say: The Delany Sisters' First 100 Years, the "classic" oral history (Newsweek), will be available in new ebook and audio editions at the start of the New Year.

Some of you may recall an earlier ebook edition. Unfortunately, that company went belly up. There was, also, an audio book narrated by Whoopi Goldberg back in the 1990s. That audiobook has been unavailable for a long while, at least since Audio Renaissance, the original audio publisher, was bought by MacMillan. It has taken some time - and tenacity - to straighten this all out.

Now, Blackstone Publishing will publish both editions, and I couldn't be more pleased. With a very up-to-date cover design, and an Afterword by me about the Delany Sisters and their legacy, the book that was a New York Times bestseller for more than two years in the 1990s, and which went on to be adapted for Broadway and an award-winning film, has been brought up to speed for our modern era. (And, of course, you can still buy it in print - hardcover, trade paperback, and mass market.)

This has been quite a project, and I'm elated (and relieved) that it's close to being launched. As it turned out, the new editions of Having Our Say ended up being in production at the same time as my eleventh book, a historical thriller (my first) called Silent Came the Monster: A Novel of the 1916 Jersey Shore Shark Attacks, to be published May 16, 2023. Yes, I've been busy!

The audio edition of Having Our Say is not ready to be pre-ordered, but Amazon has just listed the ebook for pre-order. Here's the link: Link to pre-order HAVING OUR SAY ebook

Thanks for ordering in advance because it gives the book a little boost.