Watch Ruby Dee, Diahann Carroll, Amy Madigan, Audra McDonald, and more in 'HAVING OUR SAY'
It's not too late for signed book plates!
ALA Says These Are the Top Ten Banned Books
New Book Deal to be Announced Soon
This Saturday: Special Events at Locally-Owned Bookstores Across the U.S.
How to Show Support for Authors
Cultivating Resilience during Hard Times
Grief in the Time of Covid-19
'Streetcar to Justice' Wins Septima Clark Book Award
The Lazy Days of Summer: Where Did They Go?
Another Honor for 'Streeetcar to Justice'
Librarians Choose 'Streetcar to Justice' as Notable Book
New Mo Rocca/CBS podcast series to include interview of yours truly
Each Book is a Leap of Faith
Middle-Grade Readers Captivated by the 'Yuck" Factor
Where Does Prejudice Come From?
Story of Elizabeth Jennings in "Streetcar to Justice" Is a Shock to Many
New Book on Elizabeth Jennings, “Streetcar to Justice” Tells Her Full Story for the First Time
My New Book, "Streetcar to Justice," Inspired by Delany Sisters
Publication Day for "Streetcar to Justice" Is Today!
New Book Video for "Streetcar to Justice"
How an Old, Abandoned House Led Me to My New Book Topic
"Streetcar to Justice" Has a Promising, Early Start
Finding Room in My Heart
New book announcement!!
On Memorial Day, a World War Two Dad’s Legacy: Never Take a Day for Granted
Earth Day 2017: Look to Your Elders
"Miss Dreamsville" to be Translated to Hungarian this Spring
Because You Never Know
“Freedom! Freedom! I Am Free!”
My Word of the Year for 2017
Saying Goodbye to a Dearly-Loved Father through Storytelling and Song
What Holocaust Survivors Can Tell Us About the Use of Language
New Nonfiction Project to be Announced Soon!
How to Show Support for Your Favorite Authors
Great news about 'Miss Dreamsville and the Lost Heiress'
Speech and Book-signing in Red Bank, New Jersey on May 12
A signed book makes a perfect Mother's Day gift
When It Comes to the Creative Use of Language, Southerners Steal the Show
Naples, Punta Gorda Appearances in February
Signed Books for Christmas!
Upcoming Book Events in St. Petersburg, Punta Gorda, and Marco Island, Florida!
New "Miss Dreamsville" Off to a Fabulous Start!
Publication Day for Miss Dreamsville and the Lost Heiress of Collier County!
Great Review from the American Library Association!
Goodreads Galley Giveaway Contest!
Large Print Edition of New Novel to be Published Next Year
Univ. of Georgia Press publishes my article on the Delany Sisters
Reader's Digest Chooses New 'DREAMSVILLE' for Book of Month
Planning Begins for New Book Tour! 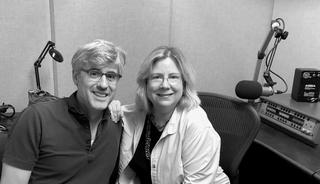 If we want to take environmental concerns seriously, most of us can start by emulating the habits of our elders. Few people threw things out the way we do today, and wastefulness is a huge part of the problem.

When I met the Delany Sisters, they were surprised that their small city – Mt. Vernon, N.Y. – was starting a new, vigorous recycling program. Why were they surprised? Because they’d been recycling (without calling it that) for years.

The term “carbon footprint” wasn’t widely in use then, but I guarantee that the Delany Sisters impact on the environment was extremely minimal. They were frugal, thoughtful people.

My mother grew up in deprivation during the Great Depression of the 1930s followed by World War Two-era rationing and, at 91, she still saves every piece of aluminum foil she lays her hands on. Because she didn’t always have enough to eat as a child, she will spend a half-hour carefully cutting away the “bad” parts of a rotten piece of fruit in order to salvage a small bit of it.

A few years ago I met Marion “Strong Medicine” Gould who became the subject of my oral history ‘Strong Medicine’ Speaks: A Native American Elder Has Her Say. It’s not an exaggeration to say that her awareness and consideration of the environment were essential to her world-view. This was a woman who collected wild plants to make salves. She was the matriarch of a Native American Tribe whose members will do almost anything to avoid cutting down a tree, and if they do, they will leave a gift to the spirits as a form of acknowledging the tree’s passing.

When I decided to try my hand at writing fiction, focusing on Florida in the early 1960s, the impact of humans on the fragile ecology was crucial to telling the story. Some reviewers noted that the Everglades is, in a sense, a main character in the second novel, Miss Dreamsville and the Lost Heiress of Collier County. The classic battle of man versus nature is a primary theme. I was a newspaper reporter in Florida years ago, and it was the old-timers who understood how to live on the land with minimal impact. These were folks who lived a rough life among the mangroves and the manatees. They took only what they needed.

It’s time we listened to all of them and followed their example.
Loading…}