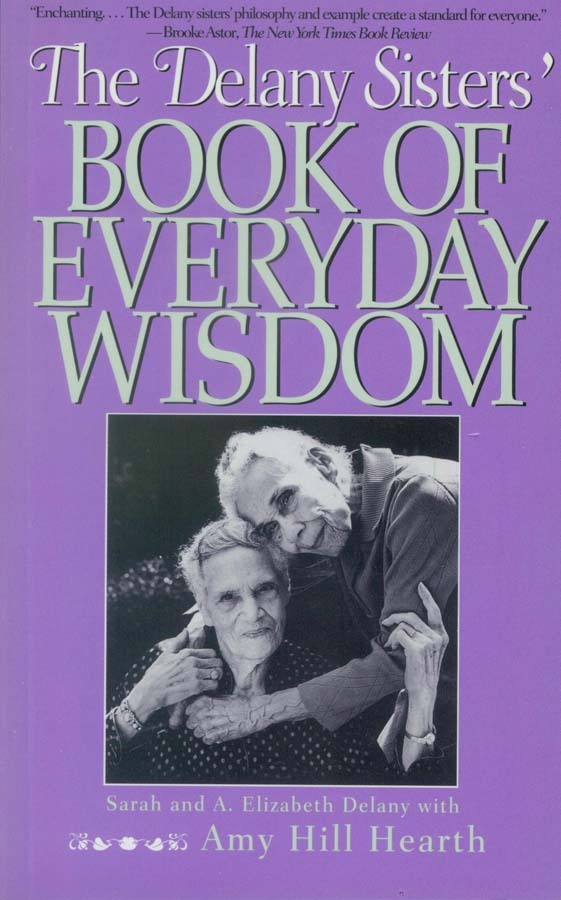 Synopsis:
A follow-up to Having Our Say, this 1994 oral history focuses on the centenarian Delany Sisters' philosophy of living well. The sisters offer specific advice for living a happy, contented life. The book includes their favorite recipes and photos of them - at age 102 and 104 - doing yoga.

From the Preface:
(Copyright 1994 by Amy Hill Hearth)

" 'It's as if we've become America's grandmas,' Sadie Delany said with a huge smile as we looked through a new basketful of fan mail. At 105 years old, Sadie Delany, along with her 'little' sister Bessie, 103, had become everyone's favorite centenarians.

"People often ask me if the sisters changed (or were spoiled) from all of the attention. The answer, quite simple, is not one bit! What can you say about two celebrities who still insist on making their own soap?

"When the letters came pouring in from readers, they often came with questions. People wanted advice, direction, and encouragement. The way they were raised, the sisters believed they had to answer each and every letter. But what to do? If they lived thirty more years, they would not be able to answer them all.

"One day it occurred to us that in lieu of answering crates of fan mail, we should simply do a follow-up book. Only this time we would not tell the story of the sisters' lives, but the secrets of old age."