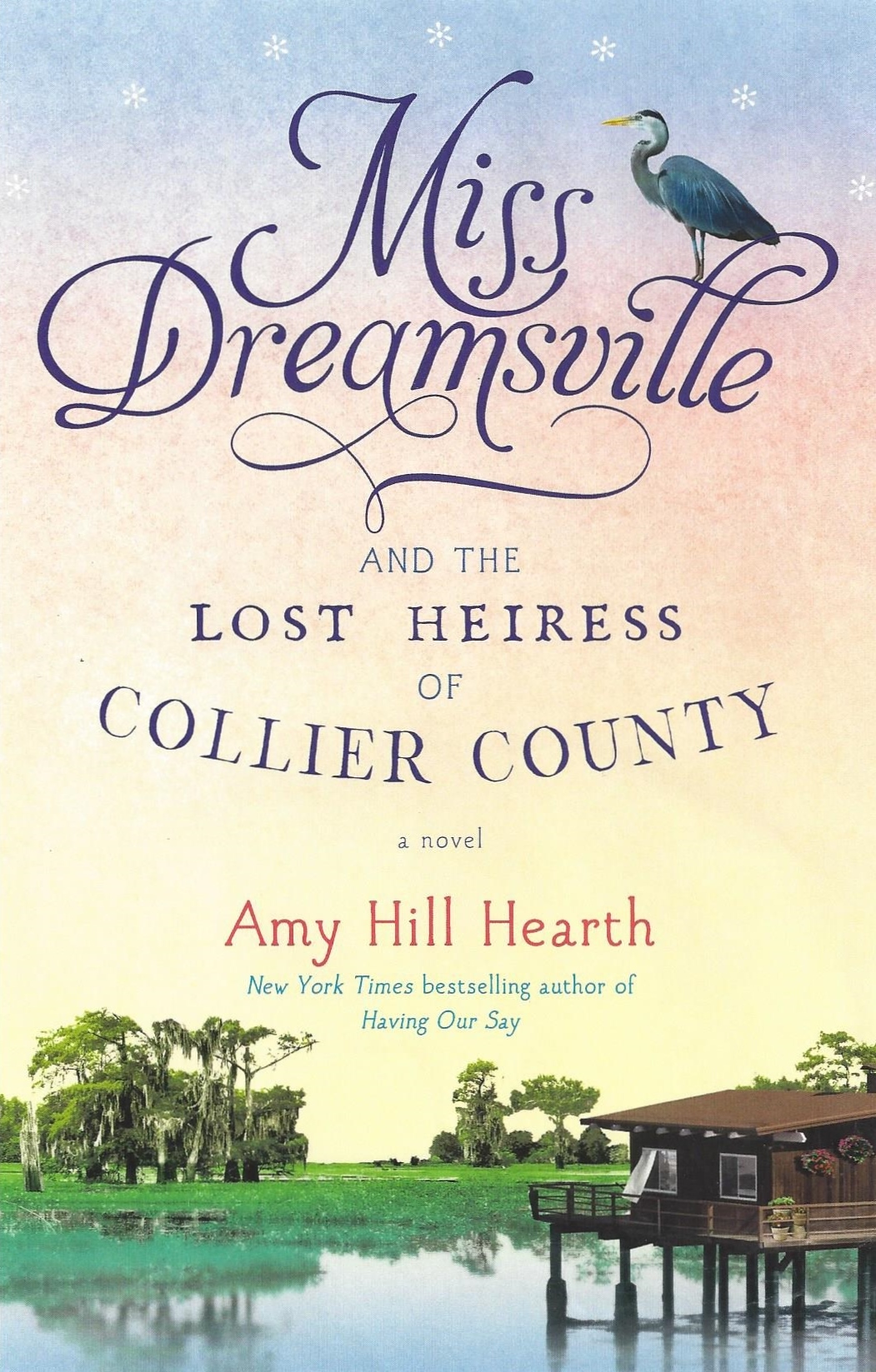 Miss Dreamsville and the Lost Heiress of Collier County: A Novel

The second of two related novels about a rebellious middle-aged wife and mother in small-town Florida in the early 1960s, Miss Dreamsville and the Lost Heiress of Collier County begins in the late summer of 1964, one year after the first book ends. Race and class issues, and divisions between Northerners and Southerners, are explored as the lead character and members of her book club face changes in their town and their own lives.

The book was a selection of the Simon & Schuster Book Club; the 700-chapter Pulpwood Queens Book Club; and the Fall-Winter Reading List of Deep South Magazine. Like the first novel, it was published in large print and was a Reader's Digest Select Edition. It has been translated and published in Brazil, Hungary and the Czech Republic.

A sampling of reviews:

"A lively and wise deliberation on the dynamics of friendship, change, and self-realization." -Philip K. Jason, Southern Literary Review

“The stories in Miss Dreamsville and the Lost Heiress trade in serious and provocative issues, and the misfit characters within are authentic and true…a vivid, vibrant plot in a journalist’s efficient prose.” - The Star-Ledger, Newark, N.J.

"Amy Hill Hearth has proven herself to be one of the most talented fiction writers on shelves today. " - Julie Cantrell, New York Times and USA TODAY bestselling author.

It's late summer 1964, and members of the Collier County Women's Literary Society are shocked to learn that a large development is planned for the edge of the Everglades along a stretch of tidal river that is cherished by several members of the book club, including Dora Witherspoon, the book's narrator. The development also threatens Gun Rack Village, a hideaway in the swamp where the residents include book club member Robbie-Lee Simpson's mother, Dolores, a recluse whose life revolves around her small fishing shack.

In her first novel, Hearth explored what life was like for outsiders or misfits in a small, isolated community in southwest Florida in 1962. By forming a book club, they band together and thrive.

In this sequel, Hearth addresses how our identities are closely tied to the places we call home, and the stresses and conflicts that arise when great change is on the horizon. It is also a story of how long-held secrets, once revealed, can have unexpected consequences.

1. Secrets can shape our lives in peculiar ways. Do you believe that keeping a secret is sometimes necessary, or is revealing the truth always the right thing to do?

2. Book club member Priscilla is away from her baby, attending

college in another part of the state so that she and her child will have a better future. This is an enormous sacrifice and Priscilla is conflicted (page 152). Do you think she is making the right choice? If you were in her shoes, would you make the same decision?

3. Hearth explores the different treatment that an unmarried

woman could expect to experience upon finding herself with an

unplanned pregnancy (page 62). What did it mean for a poor teen compared to one who came from a family with resources?

4. The tension between Northern and Southern states is illuminated by the experiences of Jackie and her husband, Ted, who are from Boston. Jackie, in particular, makes many mis-steps while adjusting to life below the Mason-Dixon Line. Do you think the "North-South Divide" has improved or grown worse since the 1960s, and why?

5. In a post-9/11 era with Homeland Security, would Judd's Cold War experiments with volatile chemicals and rockets be interpreted differently? Would Ted be allowed to privately settle the matter with his son? How have both political views and parental roles changed in fifty years?

6. Were there any historical facts about Florida that surprised you? Were you aware that Florida was a Confederate state during the Civil War and that the KKK was very active in the state into the 1960s?

7. Society tends to judge women like Dolores very harshly. Often, a stripper or "exotic dancer" is viewed as a simplistic, stereotypical character. Hearth, however, shows Dolores as a complex human being, an overlooked or "invisible" person worthy of our attention. Should Dolores's past life be considered in court as a way of judging the veracity of her testimony?

8. There are several ardent fans of the actress Elizabeth Taylor in the book. Are you a "Liz" fan? Have you ever watched any of her movies? Which of her movie roles was your favorite? Can you name an actress on a par with her today in terms of influence and iconic stature?

9. The Everglades region could be said to be a main character of the novel. Did the book change the way you "see" that part of the country?

10. Throughout history there have been many debates over the

idea that real estate actually can be owned. At various times

and places real estate was ownedi by individuals, by corporations, by kings, in common, or by the state. Some view real estate as entirely owned by an individual, who has the right to preserve, develop, or destroy it (and whatever lives on it). Some see real estate as being held in trust for future generations, regardless of who currently owns it. This debate is woven into the fabric of the book. As you read it, where in the debate did you find yourself to be?

11. How should society decide whether to allow development of places like the Everglades? Does the kind of development change the equation? How much economic benefit does there need to be to outweigh individual property rights versus ecological benefits, such as oxygen production, water conservation, and species protection?

12. Some people (like Jackie) welcome change. Others (like Dora) fear it. Which do you think describes you?

13. Seminole Joe is Collier County's boogeyman.The concept of a ghost who seeks revenge is commonplace in many cultures. Can you think of an example of a famous boogeyman? Did your hometown have a boogeyman? What was he called?

14. Jackie creates confusion by wearing mourning clothes for an

unusual reason. Were you aware of the strict societal rules about wearing black, and for how long, after a death? What was expected of you during that time in the culture in which you grew up? How has that changed today?

15. Dora "got to thinking how strange it is to be alive in this world. It s not like anyone asks to be born; you just arrive whether you like it or not. You've got no say whatsoever in who your parents are." (page 282) How much of our lives is a result of circumstances over which we have no control? Does destiny, or free will, determine our lives?