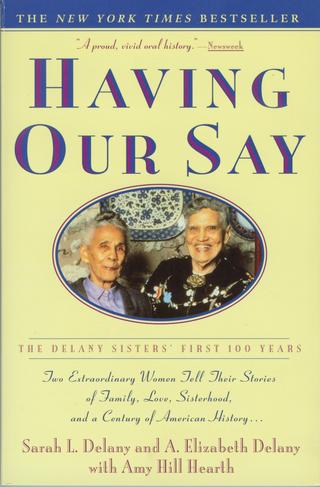 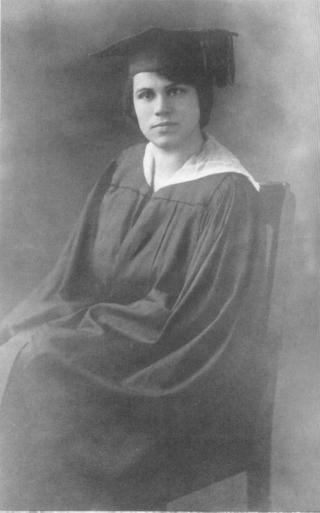 Sarah L. ("Sadie") Delany in her college graduation photo, Columbia University, 1920. She later earned a Master's in Education, also from Columbia. She was the first black person permitted to teach domestic science on the high school level in the New York City Public Schools. Despite her accomplishments, she lived a quiet and humble life with her sister and did not become famous until she was 102 years old, when Having Our Say was published. Born: Sept. 19, 1889. Died: Jan. 25, 1999. (From the book Having Our Say, copyright Amy Hill Hearth) 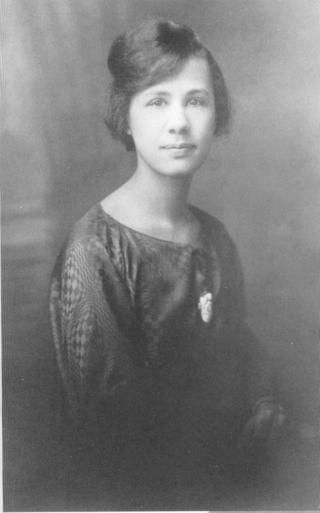 Dr. A. Elizabeth ("Bessie") Delany as she appeared in her 1923 yearbook, Columbia University School of Dental and Oral Surgery. She was the second black woman licensed to practice dentistry in New York State, and practiced in Harlem for many years. Despite her accomplishments, she lived a quiet and humble life with her sister, and did not become famous until she was 100 years old, when Having Our Say was published. Date of birth: Sept. 3, 1891. Date of death: Sept. 25, 1995. (From the book Having Our Say. Copyright Amy Hill Hearth)

Having Our Say: The Delany Sisters' First 100 Years 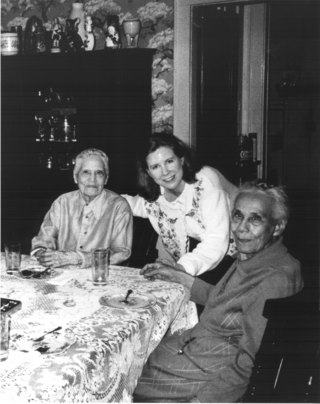 The ground-breaking 1993 oral history of two centenarian sisters, daughters of a man born into slavery in the United States, HAVING OUR SAY was a New York Times Bestseller for 117 weeks. In 1995, the book was adapted to the Broadway stage and, in 1999, for an award-winning CBS Sunday Night Movie. The book was also a USA Today, Publisher's Weekly, Los Angeles Times, and Washington Post bestseller. The book remains popular in high school and college classrooms.

A sampling of thousands of reviews from around the world:

"This book is destined to become a classic! The Delany sisters...leave to us the best of legacies - two sets of dancing footprints for us to follow all our days ahead"

"A rare and uncensored view of a complex and often adversarial world...The book adds much to the annals of black life in America" - Shrlee Taylor Haizlip

"The Delany Sisters are a national treasure"

"I felt proud to be an American citizen reading Having Our Say...The two voices, beautifully blended...evoke an epic history...often cruel and brutal, but always deeply humane" - The New York Times Book Review

"This engaging, affirmative chronicle will be savored, and shared, by general reader and scholar alike."
- The Washington Post

The daughters of a man born into slavery in the South, the Delany Sisters had an unusual upbringing: They were raised on the campus of St. Augustine's School (now College) in Raleigh, N.C., where their father was vice-principal and their mother, a teacher and administrator. Their father, the Rev. Henry B. Delany, later became the first black person elected as an Episcopal Bishop USA. The sisters set their sights high, and both earned advanced college degrees at a time when this was very rare for women, especially women of color. Both were groundbreaking career women in the 1920s and '30s, Sadie as a teacher and Bessie as a dental surgeon. Neither ever married. They lived together in Harlem, N.Y. for many years, eventually retiring in Mt. Vernon, N.Y. where they bought a house with a garden on a quiet street. Witty, wise, and candid, the sisters were still living independently, and in excellent health, when journalist Amy Hill Hearth "discovered" them, as they liked to phrase it, in 1991.

Summer 1991: Amy Hill Hearth, a journalist, hears about the reclusive sisters and arranges to meet them, hoping for an interview. She interviews them for three hours and writes a 1200-word feature story.

September 22, 1991: Her feature on the Delany sisters is published in The New York Times. A book publisher reads her article and asks if she will expand the story into a full-length book.

Fall 1991 - Spring 1993: The Delany Sisters and Ms. Hearth work together to create the book, an oral history which they call Having Our Say.

September 19, 1993: Having Our Say is published by Kodansha America in New York on Sadie Delany's 104th birthday.

Fall 1993: The book becomes a New York Times bestseller for a total of 117 weeks, first in hardcover, then paperback. The book lands on the bestseller lists of other national newspapers as well, including The Washington Post and USA Today. The sisters get a kick out of their late-in-life fame.

April 1995: The Broadway play adaptation of the book opens at the Booth Theater in New York. Ms. Hearth works as an advisor on the production and takes the sisters to see the play on Mother's Day.

April 1999: The telefilm adaptation of Having Our Say airs on CBS, starring Ruby Dee, Diahann Carroll, and Amy Madigan. The film is directed by Academy Award winner Lynne Littman. Ms. Hearth is an advisor on the production and keeps the sisters informed. The sisters, however, do not live to see the film.

Present-day: The book was translated into seven languages and is still read around the world. It remains a favorite in high schools and college classrooms across the U.S. and beyond.

Read the story that started it all: 'Two Maiden Ladies with Stories to Tell,' Amy's original article in The New York Times about the then-unknown Delany Sisters.